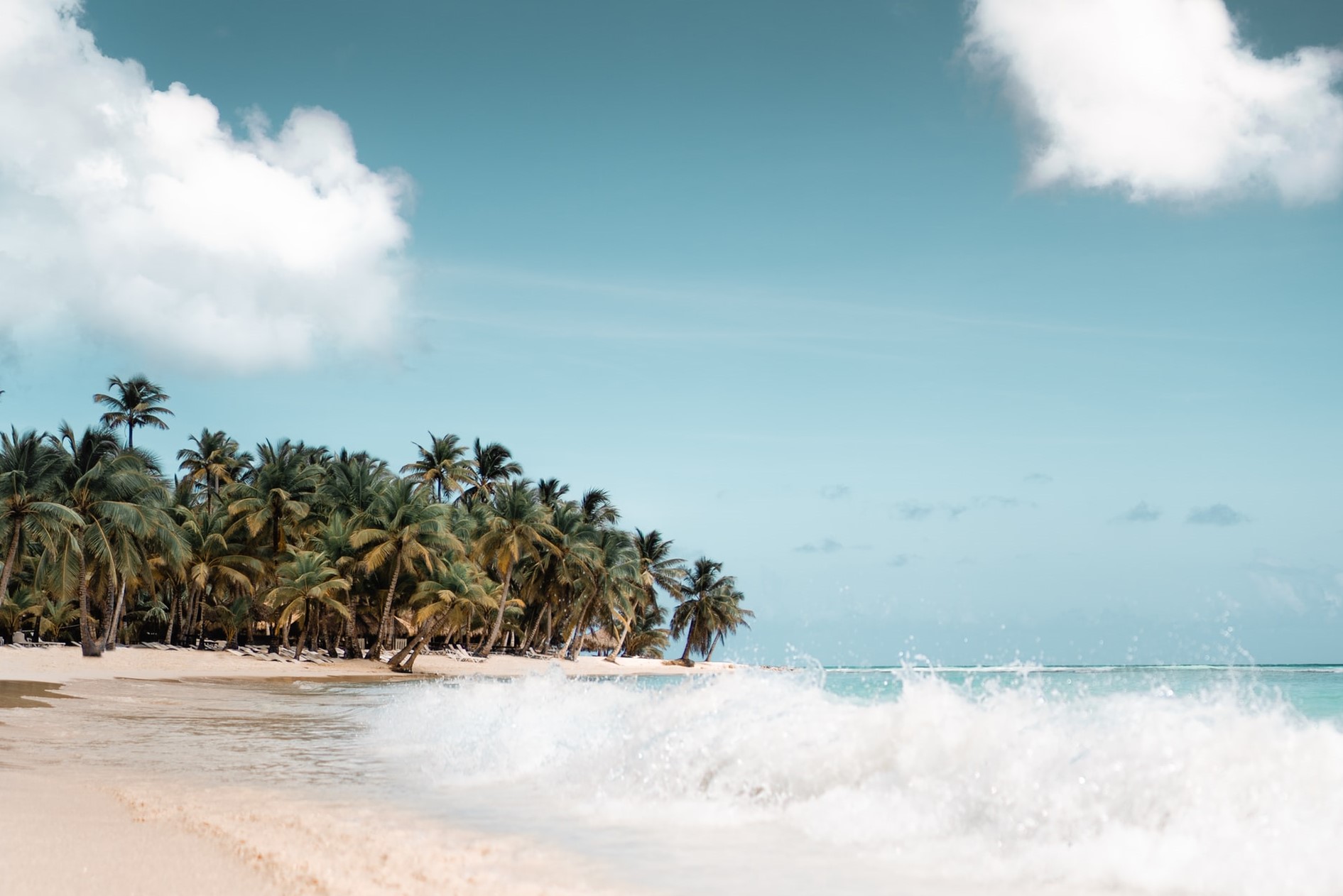 Travel is booming to luxury destinations in the Caribbean and Central America, as winter sun seekers continue to boost growth in trending hotspots, despite mixed UNWTO figures for 2018 caused by hurricanes and isolated political uncertainty.

Although Central America’s international arrivals shrank by 2.4% in 2018, trending destinations Belize, El Salvador and Guatemala showed strong growth and eco-tourist haven Costa Rica continued its steady advance as the dominant holiday spot. Panama arrivals shrank slightly by 3.5% and overall figures were skewed by Nicaragua, where political upheaval halted inbound tourism in 2018 after a 19% surge in 2017.

According to Rob Harper, the Central America picture is very healthy after “consistent, steady growth” over the past few years. With short-haul direct flights to Central America from across the USA, combined with several brutally cold North American winters, US clients have been attracted by a “short hop to enjoy the higher temperatures of Central America,” he says. “We’ve seen a similar increase from Europe, with direct flights from London to Costa Rica and flights from major European cities increasing all the time.”

Rob highlights the two growth destinations for Namu as Panama and Colombia. “If you look at recent history, it’s taken a while for travellers to realise these countries are stable and safe. It’s all been about timing,” he says. Previously strong interest in Nicaragua “fell off in the second half of last year due to the political unrest”, he reveals, while Costa Rica continues to be “a mainstream, mature destination that’s been established for a long time and shows consistent numbers.”

Kristen Moore reports the increasing popularity of Belize as a winter sun destination for luxury travellers from the USA. “It’s become a hot destination,” she says. “It’s like the Costa Rica experience but with the Caribbean Sea, so you get rainforest with a wonderful coastline too.”

Caribbean growth in 2018 was mixed, with overall arrivals declining by 1.4% because destinations like the Virgin Islands, Puerto Rico and Barbuda were decimated by 2017 hurricanes Irma and Maria. Meanwhile largely unaffected hotspots like Antigua, the Dominican Republic and the Bahamas continued to surge, while Barbados, Jamaica and St Lucia showed strong and steady growth.

For Destinations of Distinctions, their Caribbean destinations continue to boom as winter sun getaways for US clients. “We’ve seen 10% to 15% increases in sales year-over-year for the Caribbean,” says Kristen Moore. “The fall and winter months are when it comes into its own, when everyone is looking for a warm weather break.” The fastest growth is for all-inclusive experiences. “A Caribbean beachfront villa where everyone can stay together is a very popular choice,” she adds.

The Caribbean is about more than lying on a beach

The Caribbean has a well-earned worldwide reputation for stunning beaches and beautiful weather, but Kristen says it’s about more than lying on the beach all day. “The Caribbean has so much more to offer than beaches,” she says. “Especially a destination like Barbados which has a wealth of history, cuisine and culture.”

The three hotspots Kristen recommends are Antigua, St Lucia and Barbados, which offer very different holiday experiences for all types of luxury travellers. For a first-time Caribbean visitor, Kristen highlights Antigua. “It’s a small island but it has 365 beaches, so a first-time visitor can experience the Caribbean Sea and the beach culture very easily.” Kristen says Antigua is well-known for its vibrant live music in beachfront restaurants and bars, but for luxury dining she recommends the dramatic Sheer Rocks, “literally carved out of the rock overlooking the Caribbean Sea.”

For seasoned visitors and wellness-seekers, she recommends “the Hawaii of the Caribbean” St Lucia, which offers “very different experiences in one destination,” she says. The south has rainforest adventure pursuits like hiking, cycling and kayaking, while in the north you’ll find all-inclusive resorts like Windjammer Landing, offering classic luxury in villa-style beachfront accommodation. “St Lucia is very much a wellness destination,” Kristen says. “The island hosts multiple yoga and wellness retreats and the tourism authority does a great job marketing them.”

“For the traveller who’s done it all, head to Barbados,” Kristen suggests. “You’ll find a culture rich in history that offers experiences you won’t find elsewhere.” The only destination Concorde flew to apart from New York, Paris and London has luxury pedigree, a lot of history and great gastronomic experiences, including celebrity hangout The Cliff. But as its the home of rum, Kristen says all visitors “absolutely must do a rum distillery tour” on the island. “It’s a fascinating experience,” she says. “You can learn how to make your own special rum blend and take a bottle of it home as a souvenir.”

What surprises new visitors to Central America, according to Rob Harper, is the incredible diversity of seven small countries in close proximity. “Every time you cross a border the vacation experience totally changes,” he says. “Each country has tons of wildlife, biodiversity, tropical climates, fresh fruit, cloud forest, amazing coffee and beautiful coastlines. There are similarities in the way they look, but not in the way they feel.”

When it comes to ‘hidden gems’, he highlights Costa Rica’s Osa Peninsula at the southern end of its Pacific coast. “It’s an undiscovered paradise and one of the country’s most remote destinations largely free of mass tourism,” he says. Home to wildlife including giant anteaters, tapirs, harpy eagles and jaguars, it’s also a perfect spot for whale watching.

Eco-tourism is a growing trend for luxury travellers, and Rob says Costa Rica really ‘owns’ eco-tourism. For the quintessential eco-luxury experience on the Osa Peninsula, he recommends Playa Cativo Lodge: “It’s a totally eco-sensitive development surrounded by jungle and in complete harmony with its spectacular surroundings.”

For history and culture, Rob points to Panama as the oldest European settlement in Central America. “Nicaragua is a place for the pioneer traveller,” he adds, “while Colombia is perfect for the off-the-beaten path adventurer.”

Both Rob and Kristen say the dominant trend today is that people want to experience so much more than a holiday. “People are more interested in doing rather than sightseeing,” Rob says. “They don’t just want to see Guatemala’s ancient Mayan city of Tikal, the rainforest and the howler monkeys. They may want to learn a language, do some volunteering or learn to be yoga teacher.”

Kristen Moore points to the same thing. “Luxury travellers today want so much more than a hotel room,” she says. “They’re looking for something unique and new to experience that they can’t do at home, then share it with their friends on social media.”

Kristen also points to more sophisticated travellers hungry for online information. “The typical traveller is more savvy these days,” she says. This has led to new marketing strategies, with today’s professionals often sharing their own travel stories on social media. “We want to make sure we stay relevant,” Kristen says. “So we put much more focus on video, YouTube and vlogs to show people more details about destinations and experiences.”

Another experiential trend for Rob Harper is growing interest in local cuisine and ingredients. “More and more people think of themselves as ‘foodie’ travellers,” he says. “We always include unique food spreads in every itinerary. We make a lot more reservations at restaurants with taster menus where guests can try out different dishes.”

Barefoot vibe or VIP private travel? The many faces of luxury

“Luxury is a word that means something different to everyone,” Kristen says. “For one client it means white glove service and the crème de la crème of room interiors. To another, it means every member of staff knows their name and how they like their rum punch.”

For Rob, luxury is about “matching the sense of comfort and richness to someone’s travel personality”. Indeed, he sometimes compares this to a matchmaking service. “It’s our job to understand each guest's travel personality so well that we can match them with the perfect vacation from our large inventory of unique products,” he says. “We often say there is no such thing as bad vacations, just bad fits.”

That can mean knowing the difference between high-end comfort and ‘barefoot luxury’. For opulence, Rob highlights Villa Manzu in Costa Rica, an eight-suite, five-acre estate on its own isolated peninsula where Kim Kardashian recently stayed. It comes complete with swimming pools, spa, cinema room and a full staff. But for a different ‘barefoot luxury’ vibe, he suggests Sweet Bocas, a unique property on Panama’s Caribbean coast that sits on stilts above the sea.

VIP luxury may include private transportation that “gives you the luxury to go anywhere you choose,” he says, whether it’s a aerial view of the Panama Canal or a helicopter tour of Guatemala: “You could start with sunrise over the Mayan ruins of Tikal, then visit Lake Atitlán for lunch at Casa Palopo, before a trip to Antigua Guatemala and dinner at Meson Panza Verde - one of the best restaurants in Guatemala.”

For Kristen Moore, luxury is customisation and personalization. “I took a trip to Northern Ireland with my family, for example, and we stayed at the Titanic Hotel in Belfast,” she says. “They arranged private transport with a local driver who showed us all the places that we never would have known about otherwise. That’s what we try and do in the destinations we offer. We customise everything to give our clients the experience they’re looking for.”