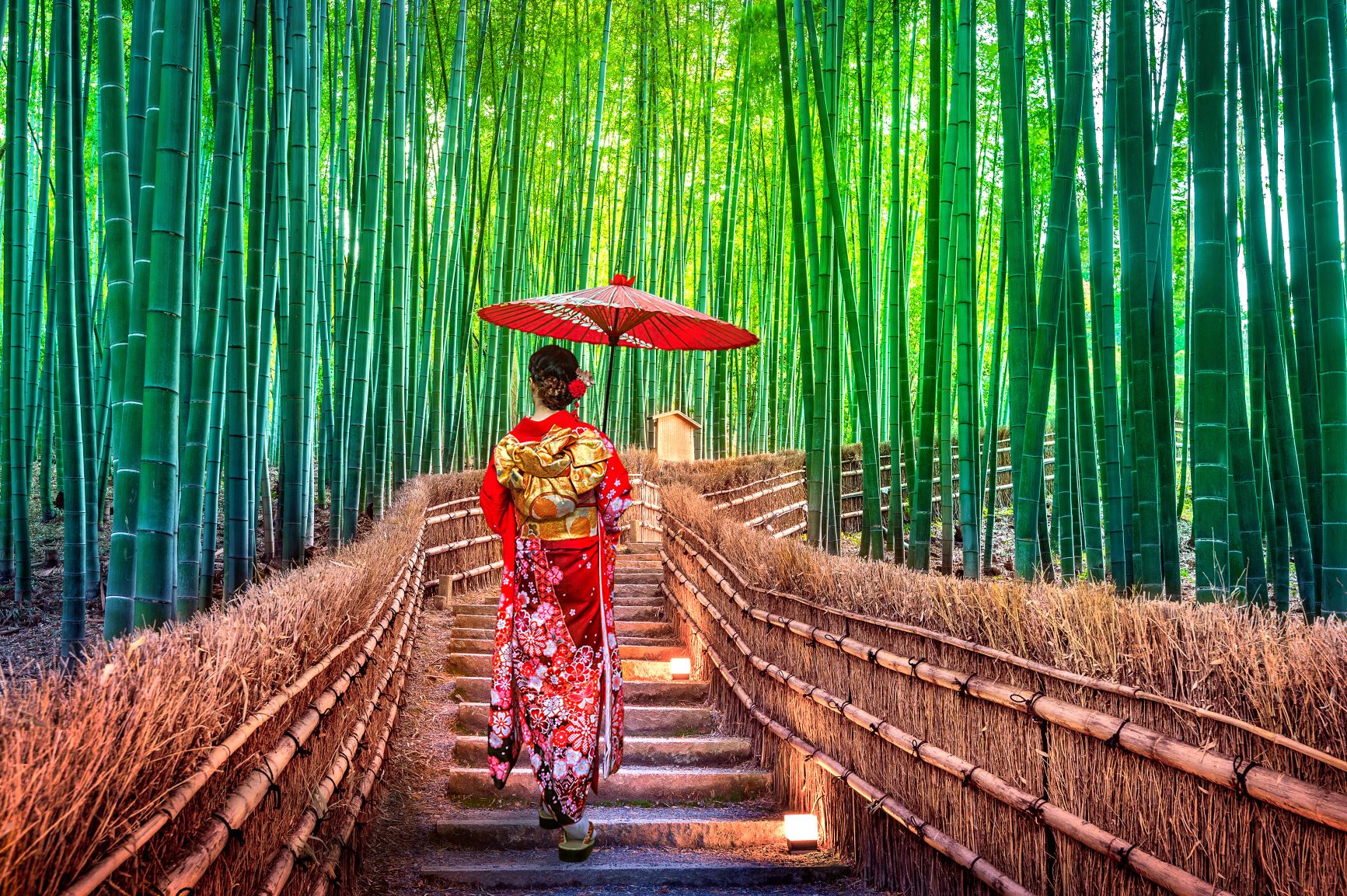 We speak to private travel designers around the world to get their take on the latest trends, hottest destinations and exotic hidden gems fuelling the consistent growth in luxury travel to Asia-Pacific.

According to the UN World Tourist Organisation (UNWTO), Asia-Pacific is the world’s fastest-growing regional tourist destination and has been since 2005. International tourist arrivals grew 6% in 2017 to reach 323 million, above the world average of 4% and accounting for almost a quarter of the world’s total arrivals. The Pacific Asia Travel Association (PATA) forecasts this growth to continue by 5.5% each year until at least 2023, with the fastest-growing three destinations set to be Vietnam, Laos and Papua New Guinea.

All the travel designers we spoke to have seen even higher levels of growth in luxury travel to Asia-Pacific in the past few years, with clients choosing perennial favourites alongside a selection of more adventurous new destinations. In terms of luxury, Asia is second to none with world-class hotels and the best of cuisine, but it also offers rich cultural, spiritual and wellness experiences that can be found nowhere else on earth.

Traditional Asian beach hotspots like Thailand, Bali and the Maldives remain as popular as ever with luxury travellers, but our travel designers highlighted a few growth destinations too: India, Sri Lanka, South-East Asia (particularly Vietnam), as well as Indonesia, the Philippines and Japan.

The magic of India – for every kind of experience

India has long been a favourite destination for luxury travellers keen to visit world-famous wonders like the Taj Mahal or stay in the sumptuous palace hotels of Rajasthan. According to Morgan Diolot of Brickell Travel Management, “Some clients want to do a whistle-stop tour because they have limited time, so they want to cover parts of Rajasthan, then visit Varanasi, Agra for the Taj Mahal and end their trip in Mumbai.” But more adventurous travellers “increasingly want to visit very remote parts of India, which aren’t luxury or even tourist destinations, because they want to see the real India that not everyone gets to see.”

South-East Asia on the rise – led by Vietnam

While Thailand remains a huge draw for beach lovers, Vietnam is the region’s fastest-growing destination for those looking to combine culture, wellness or spirituality with their beach vacation.

Several travel designers agreed that South East Asia is a great region to experience different cultures in a short space of time, with several small countries clustered relatively close together, such as Cambodia, Laos and Vietnam, each one rich in cultural experiences, traditions and culinary adventures. With well-connected flights, in about ten days you can easily cover three countries in comfort.

Asia is unique in terms of the spiritual and cultural experiences it can offer, and luxury travellers particularly want to combine the ancient Buddhist temples of Angkor Wat in Cambodia – one of the wonders of the world – with one or two other destinations. Myanmar is also starting to bounce back as a luxury destination, with brands such as The Strand and The Belmond.

According to the Global Wellness Institute, Asia-Pacific is the fastest-growing wellness tourism market and its value is set to almost double from 2017 to 2022, from US$137 billion to $252 billion.

Wellness is the leading theme associated with Asian luxury travel and was cited by all our travel designers as a key factor in Asia’s growth. According to Delhi-based travel designer Shekhar Sharma, “Wellness and wellbeing are where Asia comes into its own. People coming to Asia from the West are often looking for time and space. They want a digital detox and they want to discover themselves in a destination that’s the opposite of a place to be seen on social media.”

According to Morgan Diolot, there’s a more adventurous, younger breed of luxury traveller who want to visit more remote locations, which may not have any luxury accommodation or be on any tourist itinerary. As she says, “They’re looking for a real, hands-on cultural experience in places that not everyone gets to see, where they get to meet communities and encounter cultures that you won’t find on the tourist trail.”

The freedom and space of exclusivity – private islands

Each of our travel designers highlighted the quest for ultimate exclusivity as a key driver in the growth of private island hire across Asia-Pacific. According to India-based private travel designer Ankur ‘AK’ Khanna, “At one point these were indulgences for the super-rich but now these experiences are in wider demand, because they’re a place to get away from people and the world.”

Asia-Pacific is particularly blessed with these private paradises, particularly Indonesia and the Philippines. One of the most exclusive is Ariara, a fully staffed private tropical island in the Philippines that can accommodate 2 to 18 people in stunning luxury villas.

Luxury travellers want to ‘give back’ to local communities

While not necessarily a global theme, travel designers have definitely seen more clients interested in finding a way to ‘give back’ when visiting parts of Asia affected by poverty, health issues or natural disasters. In some cases, they even get hands-on themselves.

Switzerland-based Sevasti Kaichis says her clients often find a cause they’d like to support when first visiting an Asia-Pacific destination, and then change their future travel plans to get more involved. “One of our clients, a wonderful doctor who travelled to Laos with his family, volunteered in a local hospital while he was there, and now makes the same trip every year where he volunteers for 14 days. He has even brought seven more doctors from Europe with him.”

When it comes to ‘giving back’, Morgan Diolot can relate more personally. “When I last went to the Philippines there had just been a massive earthquake and hurricane,” she says, “So I took time out to raise money for All Hands and Hearts. They fly in volunteers from all over the world to help the local people rebuild after a catastrophe.”

Hidden gems of Asia – from the Himalayas to Papua New Guinea

Private islands were a trend our travel designers all highlighted, and several were recommended. Sevasti Kaichis and Shekhar Sharma both suggested Koh Rong island in Cambodia as the place to be for tropical luxury, with jungle wilderness fringed with white sand beaches and picture-postcard little villages, along with Bawah Reserve in Indonesia – for adventurous travellers looking for luxurious seclusion and the exclusive feeling of ‘owning’ an island.

For Morgan Diolot, her hidden gems were in the Philippines. She suggested Coron for anyone looking for “pristine, crystal-clear water for scuba diving or snorkelling” and El Nido for its “space and pristine nature.” Comprised of about 46 different islands, Morgan praises the way its all-inclusive resorts go to great lengths to blend in with the stunning natural surroundings. “The geology is incredible, with spectacular, ancient rock formations and stunning natural pools that feel like something out of Jurassic Park.”

Both Ankur Khanna and Shekhar Sharma recommended the remote luxury cottages and bungalows to be found in the spectacular foothills of the Himalayas - in India’s Northern states and Nepal – which can come complete with a butler and staff to look after your every need. “You can wake up in the morning to the chanting of monks or with a view of the Himalayan peaks,” Ankur Khanna says. “These places offer a very high standard of personalised luxury in truly awe-inspiring settings.”

Ankur also cited Bhutan as a destination that’s otherworldly and exclusive by nature, because it strictly limits the numbers of tourists who can enter the country and goes to great lengths to protect its unique Buddhist culture and pristine environment.

For Shekhar Sharma, the more adventurous luxury traveller may want to think about Papua New Guinea. “We’ve recently had some families who wanted to go and discover the unique indigenous tribes and understand their way of life,” he says, while recommending Tibet for those seeking solitude and to commune with nature. “Finding a luxury property might not be easy, but the sense of quiet exclusivity more than makes up for it.”

The height of luxury in Asia? India scores highly for exclusivity
‍

Everyone has a different idea of what luxury means to them, but it was interesting that every one of the travel designers we spoke to highlighted India, where exclusive experiences can be arranged that take luxury to the next level. It could mean a romantic, private dinner in the Taj Mahal when it is closed to the public, or renting out a Maharajah’s palace for yourself, complete with domestic staff, to enjoy the experience of living like an Indian prince, including dining with the Maharajah and family as their guest.

When it comes to defining luxury today, our travel designers settled on two main themes – the freedom that comes with exclusivity, but most of all the importance of personalisation. As Sevasti Kaichis says, “You can stay in a perfect golden palace, but if there is no warm, hospitable atmosphere then it won’t be luxurious.”

This personalisation is increasingly “more important to luxury travellers than creature comforts,” according to Morgan Diolot. "They want a beautiful room, but they also want to be given a personal experience by the owner of the hotel, or a chat with the gardener who’s been there for 30 years and has great stories to tell."