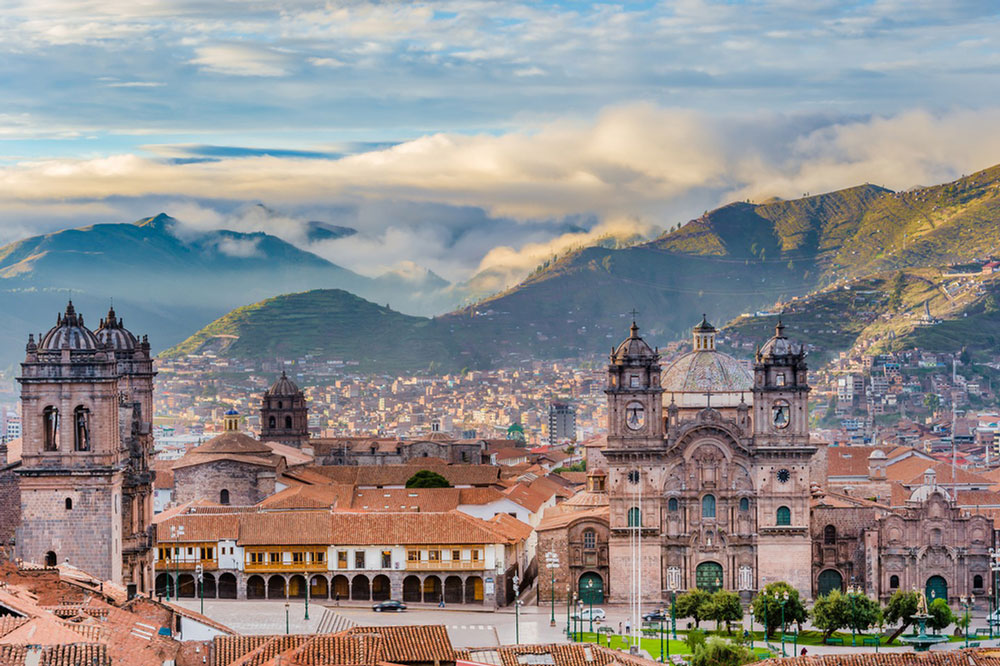 Colombia, Ecuador and Peru are showing strong growth, while Argentina’s cheap currency has helped make it the continent’s most popular destination for travellers of all budgets.

International tourist arrivals to South America grew by 3% in 2018 according to the UN World Tourist Organisation (UNWTO). Argentina overtook Brazil as South America’s most popular tourist destination in 2017 and surged to 6.9 million international arrivals in 2018, with a 3.4% annual increase. Peru showed a huge 9.6% boost in arrivals in 2018, while Colombia has emerged as a booming hotspot and Ecuador tourism continues to develop.

Argentina and Peru leading the charge

For private travel designer Karin Seelow of Crossing Travel, Argentina and Peru are the continent’s two big luxury destinations. “Until recently it was a smaller market for us,” she told us, “But in the last couple of years we’ve seen a 70% to 80% increase in sales to South America. We sent a large group to Argentina and it has snowballed ever since”.

Karin praises Argentina “because it’s so varied and offers exciting experiences all year round,” while adding that Peru’s twin ancient wonders of Machu Picchu and the Nazca Lines are unparalleled attractions.

She says the must-see destinations in both countries, like Buenos Aires and the Perito Moreno Glacier in Argentina, tend to stay the same, so the travel designer’s art is to offer new and exclusive luxury experiences at each destination that “incorporate elements of surprise to make each experience truly unique and memorable.”

Argentina is so much more than Patagonia

Stephanie Berwick, General Manager of Argentina DMC Garcia Fernandez Turismo (GFT), says inbound business has more than doubled in revenue since the Argentine peso was devalued in 2018 and again this year. Two years ago, Argentina also exempted foreign travellers from paying VAT on accommodation, so both factors have helped boost the numbers of foreign tourists.

Patagonia, the wild and remote southern part of Argentina and Chile known for its stunning glaciers, lakes and mountains, has been growing in popularity for many years with luxury travellers, Stephanie says, after being well-publicised in Europe and the USA.

The Los Glaciares National Park, home of the stunning Perito Moreno Glacier, remains one of Argentina’s most important destinations and is often combined with a trip across the Chilean border to the Torres del Paine National Park, a favourite destination for trekking.

The Ibera Wetlands in north-east Argentina is also on the rise. It’s a vast natural paradise and the second-largest wetland in the world, with over 350 species of birds. “It’s a completely different natural environment to what you might find in Europe and great for outdoor activities like night safaris, boat trips and horse-riding,” Stephanie says.

Colombia shakes off past image to become luxury hotspot

Colombia has emerged in the last two years as one of South America’s fastest-growing destinations. After finally shaking off the demons of its past, the country showed inbound tourist growth of 9.5% in 2017 and 7.4% in 2018, according to UNWTO figures.

“The tourism board has done some great marketing”, says Rob Harper, co-owner of Central American luxury travel agency Namu Travel. “If you look at the recent history of Colombia, it’s taken a long time for travellers to realise the country is now stable and safe. It’s perfect for the off-the-beaten path adventurer.”

Colombia’s relative closeness to the USA gives it an advantage, as that’s where most tourists are coming from, and it’s easily accessible from Panama City, which has “direct flights from cities all over the states,” says Rob. “From here you can easily catch connecting flights to Colombia’s capital city, Bogota.” Cartagena, on Colombia’s Caribbean coast is one of several growing destinations, along with the coffee region and the capital itself, which has transformed after major urban development.

Inbound arrivals to Ecuador jumped by a huge 51% in 2018. The figures are misleading because they were skewed by large-scale migration from troubled Venezuela, but tourism is definitely rising, led by a 14% jump in visitors to the Galápagos Islands. New hotel development has attracted more and more people eager to see unique wildlife such as giant tortoises, sea lions and iguanas. Since 2007, annual visitor arrivals have increased by a staggering 70%, which has led to renewed concern for the fragile ecosystem of this pristine Ecuadorean paradise.

Cultural and experiential travel is the new luxury

When it comes to emerging trends, Stephanie Berwick says that Argentina has seen a huge increase in experiential travel in the last few years, particularly for culinary, wine and cultural tours: “Our famous Malbec wine’s terroir is the leading wine region of Mendoza, and we’re increasingly receiving requests for another popular wine region - the north western province of Salta.”

Adventure travel and active holidays are the other big growth trend highlighted by both our experts. “There was a time when our clients just wanted to lie on a beach, stay in a luxury resort and not do much else,“ Karin Seelow says, “But now it’s all about culture and adventure.“ Stephanie agrees: “A lot of couples come here to have an adventure together. They want to go kayaking, cycling or horse riding, not lie on a beach.”

Personalised experiences play a big part in planning luxury trips to South America, and expert local guidance is a big bonus. “We arrange hikes or trips guided by genuine locals who have grown up in the location. They offer a truly authentic experience because they know the area inside out,” says Karin Seelow. “They can introduce travellers to all the locals – the people who bake the bread, who make the shoes, who run the restaurants, or the craftspeople who make the beads for the dresses, the local artists and so on.”

Karin Seelow gives another example about recommending a tango experience in Buenos Aires. “The tango scene is huge in the city, and many people go to big, mass-produced shows in the La Boca quarter,” she says, “but we offer a customised tango city tour instead, where two dancers appear from around a corner and give our clients a surprise private tango performance live on the street.”

For remote or unique destinations, Stephanie Berwick might recommend hiking in the Nahuel Huapi National Park in the foothills of the Patagonian Andes, but a particularly awe-inspiring experience is the Salinas Grandes Salt Flats in north west Argentina at 3,450 metres (11,320 feet) above sea level. “I first went there about 18 years ago,” Stephanie says, “and I experienced the deafening silence of complete solitude and emptiness in an otherworldly landscape. This was a truly luxury experience for me, because it is so unique.”

Few people have heard of Salta, Jujuy and Tucuman provinces in the north west. “The unique pre-Hispanic culture there is very different to anything that can be found in Europe,” Stephanie says. “We expose visitors to cultural experiences that focus on how to make traditional empanadas or learning the art of weaving or local pottery.”

The height of luxury is what money can’t buy

The height of luxury in South America is about making clients’ dreams come true, and it doesn’t have to cost the earth to feel like the best experience they’ve ever had. Karin Seelow made one of her client’s dreams come true by arranging for him to sing with the on-board house band during his trip on the luxurious Belmond Hiram Bingham train from Cusco to Machu Picchu. “I arranged it as a surprise,” she says. “I think it was better than anything he could have paid for on this trip. It’s the sort of experience money can’t buy.”

Stephanie Berwick singles out The Spirit of the Glaciers, a boutique luxury cruise that navigates Los Glaciares National Park in the Calafate region, offering a combination of forest, lakes, mountains, ice fields and steppes with views of the vast glaciers. With a perfect combination of high-end comfort and gourmet cuisine, yet with only 20 cabins, it’s an intimate and unforgettable experience. “It makes you feel very special when you’re the only group left in the national park at night,” Stephanie says, “and you awake to stunning, unspoiled beauty all around you.”

South America has an authentic luxury all of its own